Warning: A non-numeric value encountered in /home/kedumba9/public_html/ratscatsandmagpies/wp-content/plugins/new-royalslider/classes/rsgenerator/NewRoyalSliderGenerator.php on line 339

Award Recipients And Their Artworks

The judge, Ann Cape, spent two days of deliberation before making her final decision on the drawings to be acquired for the public Kedumba Collection of Australian Drawings. Ann spoke of the high standard and explained why she had chosen the drawings and her selections are listed below. She announced that they were in no particular order and that her brief was to enrich and enhance the Kedumba Collection. Ann congratulated all the artists who provided such an interesting and challenging exhibition. 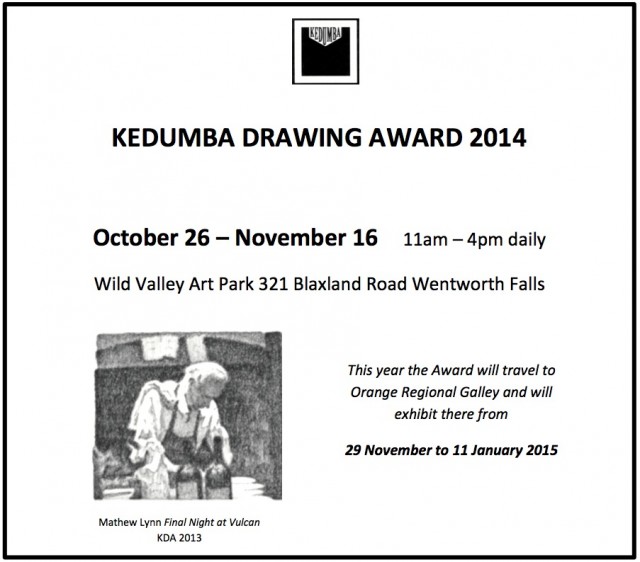