My choices for the Kedumba Collection 2017:

My first choice is a highly precise, almost photographic work, and on first encounter appears rather over-wrought, even visually indigestible. We need to persevere with our looking. But on closer approach there are points of entry and exit for my eye; it led me back to participate with it. In doing so, my eye wanders about the dark recesses of an under-growth which gradually elevates, by subtle passage-ways, to the light and to the sky. There is a free dramatic correspondence between the vertical and the horizontal in the form of intersecting frames and trellises, which give a heightened sense of visual expectation. The intricate perspective of the work harbours a dense and intimate domain, which is typical of over-grown garden scapes, resisting human containment. The juxtaposed textures of charcoal and pastel, weighty and air-born, lead the eye through a vertiginous profusion of vegetation. It is a strong, skilful and gently assertive piece, perhaps drawn from accurate real-time observation, and alluding to what the artist calls ‘a vigorous green wonderland’. 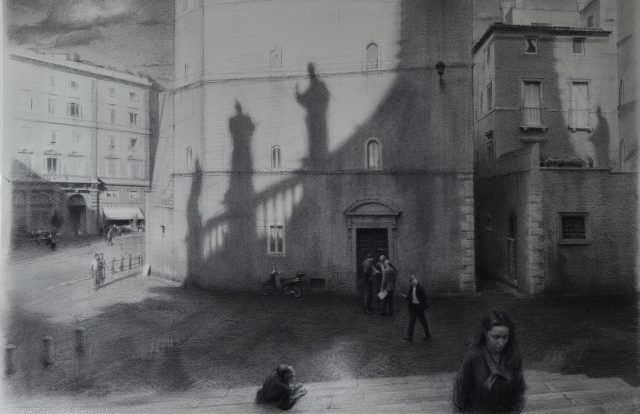 My second choice is a work which evades a ready-made virtuosity by an astute handling of unfolding tonal atmospheres, all achieved with a refined use of charcoal. Once again, it is a drawing which rewards the eye, encouraging participation. We focus on the half-figure of a young woman ascending a flight of stairs past a man foregrounded in repose. The other figures, diminutive in size and placement, appear separated and dispersed within a spare architectural space; though there are some features which signal human conversation. Against the long shadows from a morning or afternoon sun, silhouettes of elevated sculptural figures, set behind the viewer, cast themselves toward the walls in the middle distance, seemingly beckoning those who would raise their eyes from common earthly pursuits. The drawing may depict an imagined scheme of buildings, or some real location, or perhaps a composite of the two. The work has admirable graphic qualities, and is an evocative example of chiaroscuro, of contrasting light and shade. It demonstrates what the artist refers to as ‘classical design’, and the shifting contrasts between the built environment, human movement and the ephemeral nature of time. 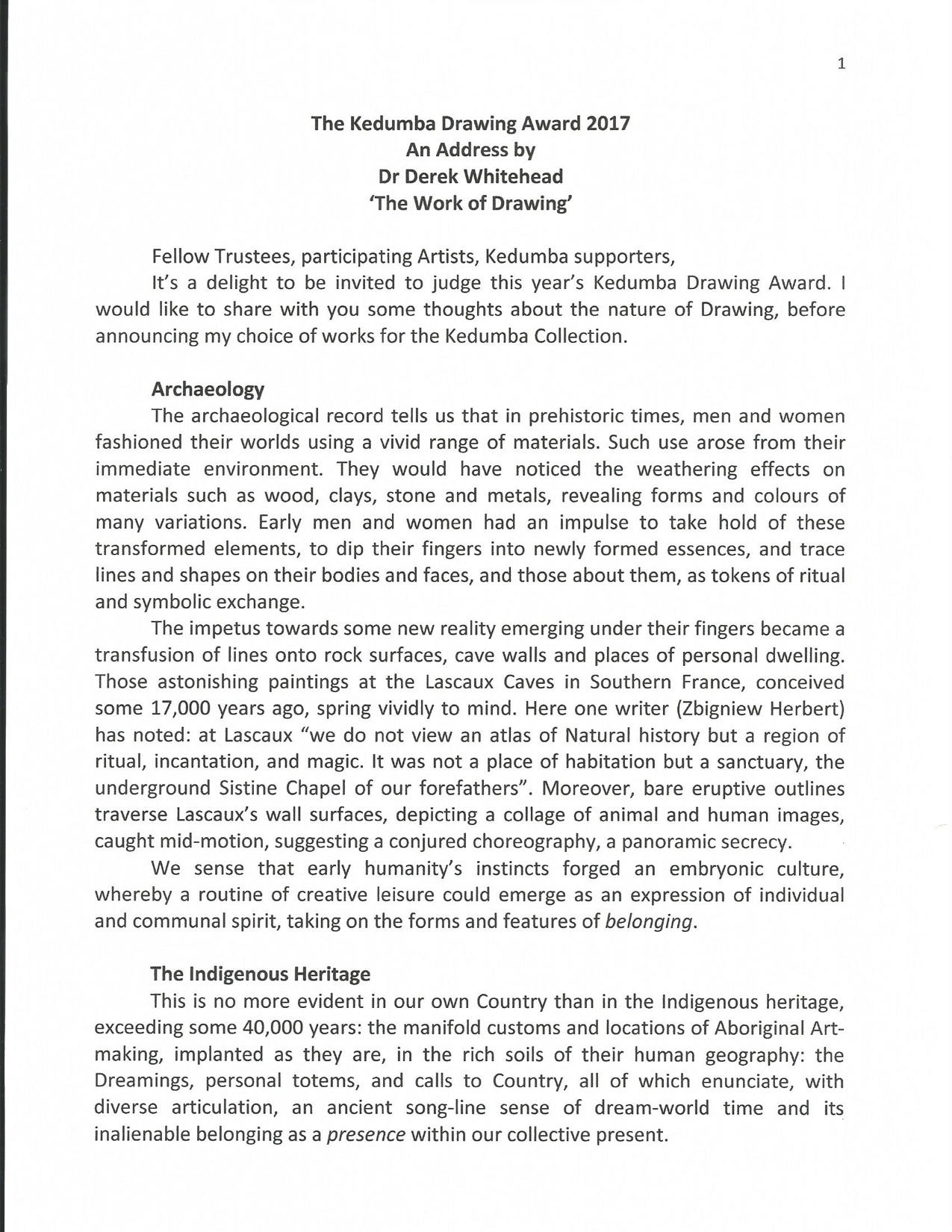 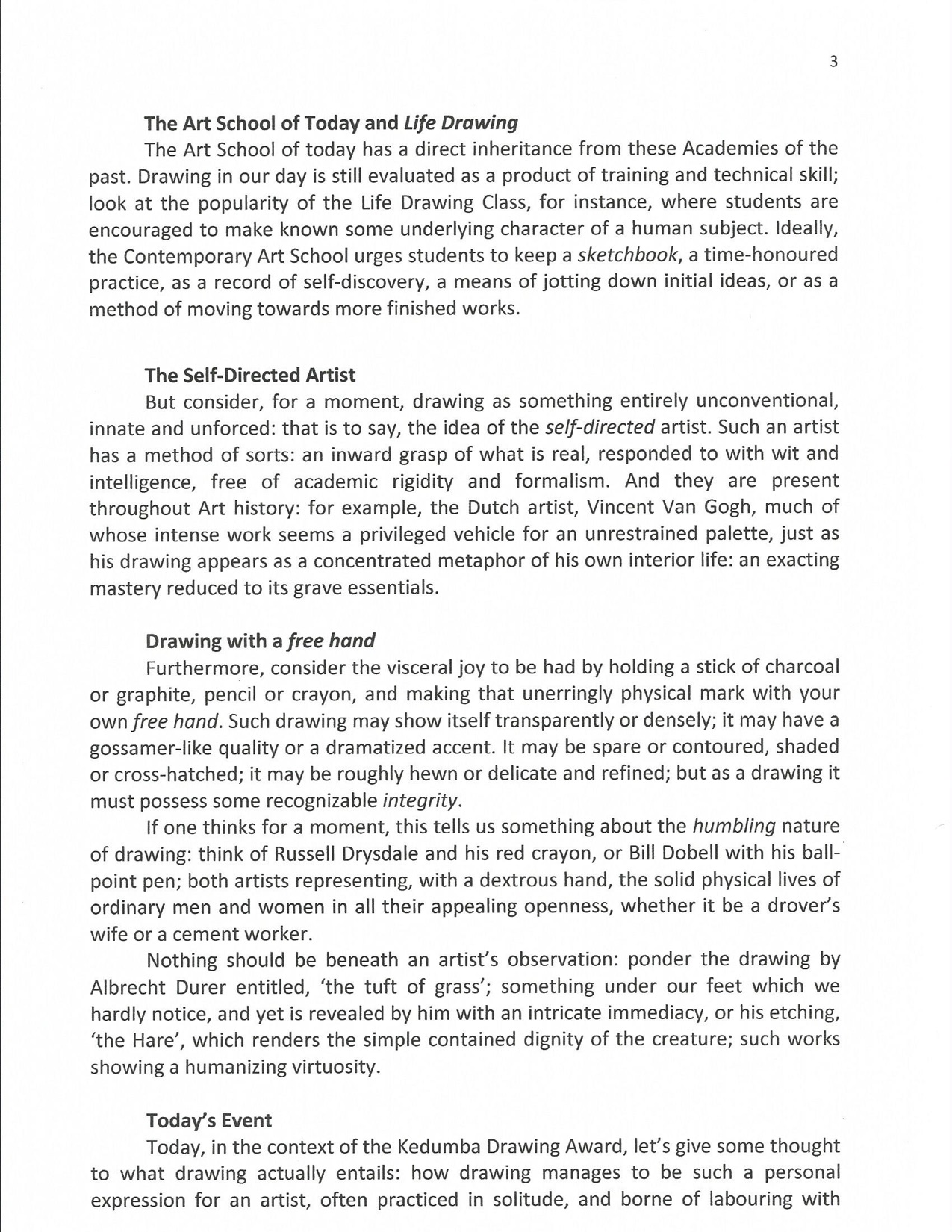 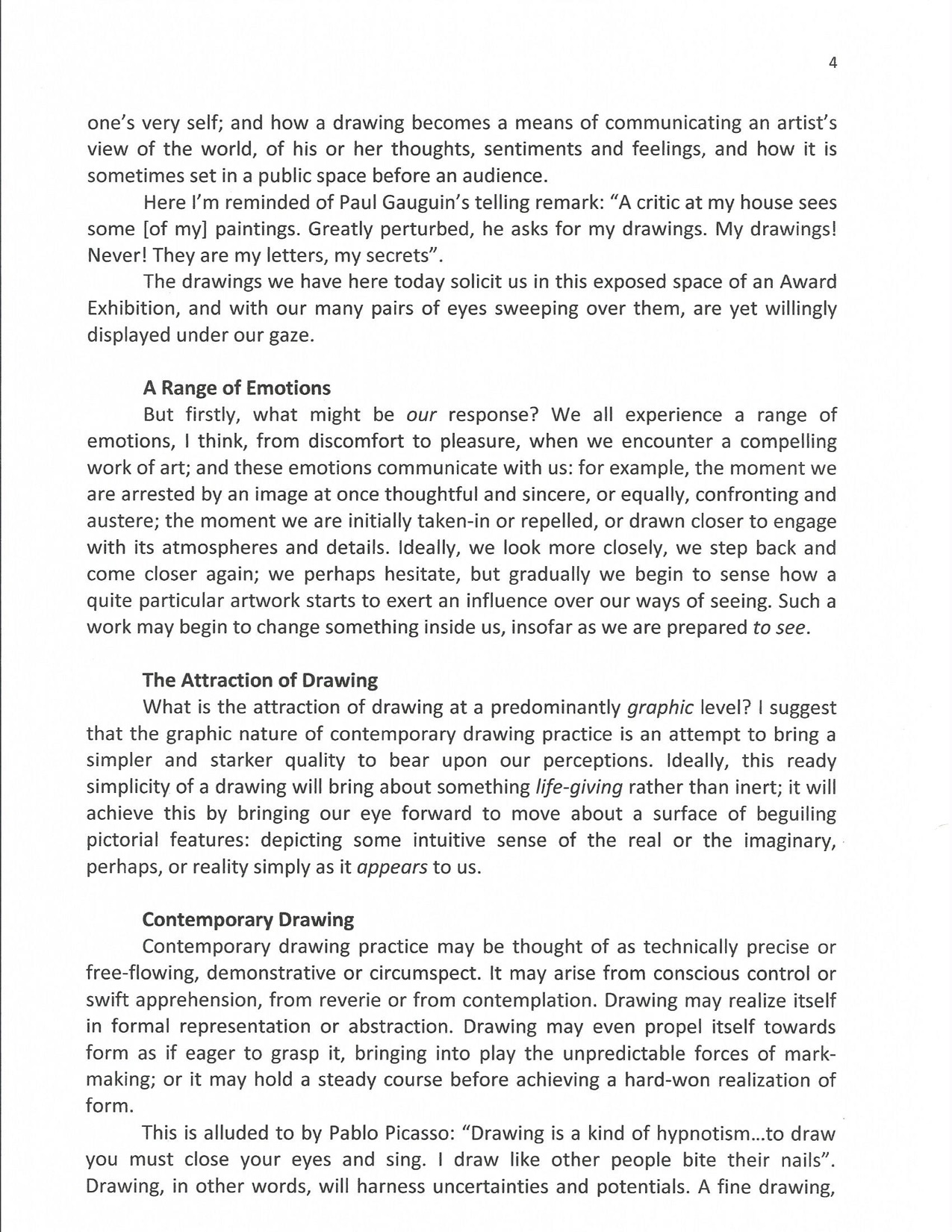