Jotting down notes while standing in front of the acquired works I realised there were connections between them that spoke to what I look for in a drawing. I had a feeling of each of the works being about one thing but also, paradoxically, another quite different thing.  Each of them started with an idea, a technique and a sense of their antecedents. In each the technical skills were readily apparent (the narrowing of vision within a genre, the many hundreds of hours necessary to refine those skills) and connected deeply to one aspect of what drawing can be. Skill, concept and precedent combined in unique ways however and the resultant drawing transcended simple categorization. There is a reward for time spent in front of the work and the possibility for deeper engagement. The acquired works all leapt out on first viewing and continued to offer new insights at the end of a full day of looking.

This is a work that is expressively powerful; both tightly wound and threatening to spiral out of control at any moment. It initially echoes Giacometti but then appears to go somewhere very personal. It has the feel of being process driven though always with a sense of the desired end result in mind. The range and energy of marks are impressive; creatively pushing the boundaries of the media with a discipline that suggests form, volume and depth.

There is a sense of personal anguish; of continually revealing and then erasing the self. This is not a comfortable drawing but it immediately grabs the viewers’ attention and keeps it. 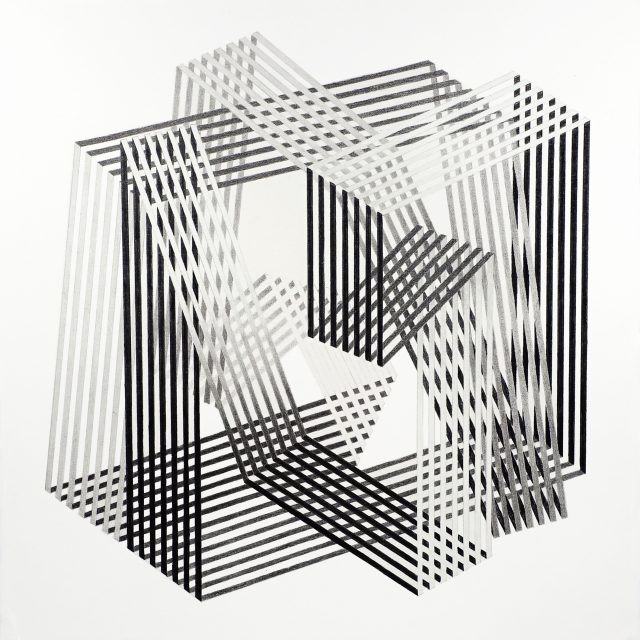 This work plays expertly with scale; a small and intimate drawing that also suggests something monumental. It seems to revel in contradictions – it is delicate yet solid, meandering yet planned. It takes the most simple of drawing materials – pencil – yet could equally be describing metal, or the play of light. In its careful and precise use of illusionary space it initially seems to negate the human touch – however there is also a playfulness to the work, a sense of moving through space. It speaks of a human trajectory – directions taken, changed or reversed. 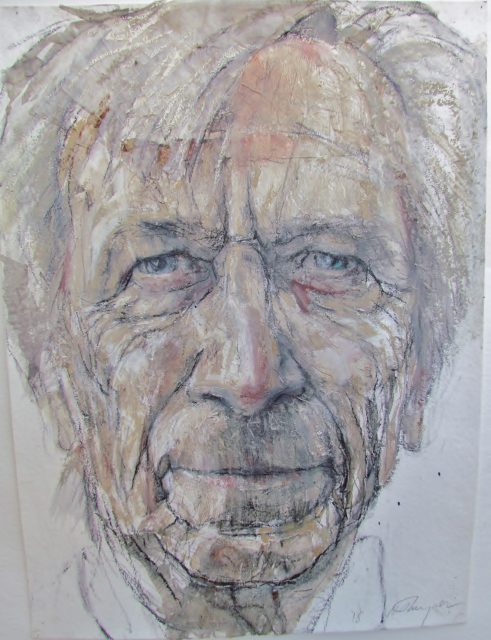 This work initially impresses with its technical virtuosity but quickly goes beyond mere skill to reveal an insight into the subject. The realism is also deceptive; the mixed media techniques reveal less detail and more of their own materiality as the viewer zooms in. In other words the realism has been hard won with a medium that doesn’t naturally grant it.

The subject has a thin lipped stubbornness to their demeanour, a hint of a waspish smile. The eyes reveal another story however; a softening, a sense of empathy, an awareness of aging.