Schranzer’s recent work is underpinned by visual languages, compositions and themes found in Japanese musha-e (‘warrior-pictures’) of the late Edo period, depicting ocean battles and other legendary fighting scenes. His practice can be contextualised within 19th and 20th century fine arts and technical drawing traditions, with themes and quotations that are personal, cross-cultural, and art historical. 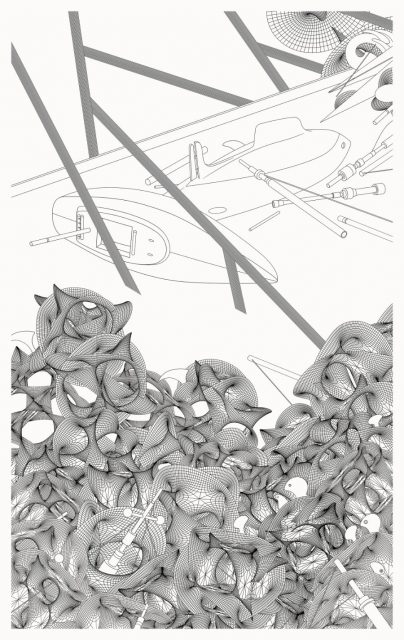